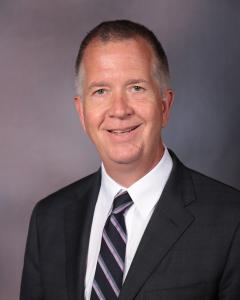 Dennis Begos M.D. loves a great barbecue as much as anybody. Andover, Michigan may not be known for its weather but summer in the Great Lake State is prime barbeque season. As far as Dennis Begos is concerned, there’s nothing better than a sunny Sunday, throwing the old pigskin around, and having a couple of beverages.

“I am certainly no Adam Perry Lang, but I like to think that I can turn out a few steaks and ballpark franks as well as the next man. I’m certainly having as much fun as anybody,” says Dennis Begos. As a doctor, Begos wants nothing more than for people to enjoy BBQing as safely as possible.

However, hundreds of thousands, if not millions of Americans are putting their health at risk by using a simple universal barbeque tool. The majority of people don’t realize that the seemingly harmless wire barbeque brush can cause dire health problems.

This isn’t one of the black and white commercials that warn you about the terrible dangers of house mice. Wire BBQ brushes on average force emergency visits to the hospital for 130 people per year. Dennis Begos M.D. and surgeon knows all too well the possible complication that can stem from wire brush BBQ brushes.

In 2017, Dennis Begos removed six inches of a Massachusetts man’s intestine, which had been punctured by a wire bristle. Of course, Joe Stanton hadn’t purposely garnished his hamburger with the bristle. “That would have been the last thing I would have thought off. I never noticed anything,” said Stanton after a successful surgery.

Dennis Begos M.D. remarked then on Mr. Stanton’s simultaneous remarkable luck and bad luck, “It’s hard to say that he’s lucky, but he’s certainly lucky it wasn’t more serious than it was.”

Statistically speaking you are more likely to get struck by lightning than deal with a rogue wire BBQ bristle but it is a real danger. “You can die from it; it’s a big problem,” Dr. Aziz Benbrahim confirmed. “It’s a flexible piece of metal so when you eat it, you don’t feel it in your mouth.” Thankfully, there are a number of safe alternatives for the wire BBQ brush.

The easiest thing is to simply wipe down the grill with a damp cloth before you start the festivities. Another option is a nylon brush or some balled up aluminum foil. If you are looking to get real classy, wooden BBQ scrapers are a fine option. Dennis Begos is a big fan, “The wooden BBQ scraper looks like a mini pizza paddle and they last forever.”